As long as you’re purposeful and strategic, you can win more leads and clients on social media—more consistently. The data below will show you how to market with Twitter to get maximum results from your efforts. 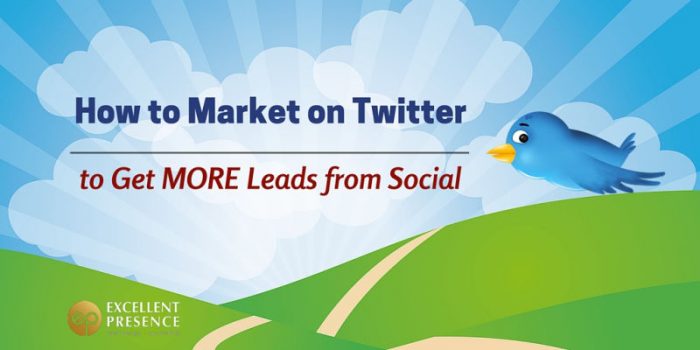 1. Don’t join another network—you’ll burn out. 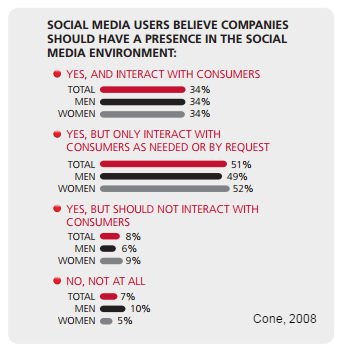 While studies show users definitely expect businesses to be on social media, they don’t expect us to be on every social network.

Many companies new to social media think they should be on every network their audience is on in order to look professional.

In reality, creating accounts on too many networks results in wasted money or effort when, months later, you find that neither account has generated any leads, sales, or social activity. Ouch.

But why does this happen?

When you join more networks than you can handle, you end up either sharing “filler” content that isn’t engaging (so no one pays attention), or sharing the same thing on every network, (so no one follows or engages because accounts look managed by a robot).

Smaller brands can often only effectively manage one or two networks at a time. Unless you have at least one team member whose primary job is social, you’ll burn out quickly trying to create content for, and engage prospects on, numerous networks.

If you’re active on Twitter, stick with it, master it, completely rock it out… and join another network only after you’re consistently finding (and converting) leads on Twitter.

If you move on before that, you risk spreading your team so thinly that you get clients from neither network.

2. Don’t be a wallflower—you’ll get no results.

It’s a big mistake only to tweet and never attempt to dialogue with your network.

Because we can get top notch content from so many sources these days, blasting out tweet after awesome tweet is not what gets the top accounts noticed.

The key to getting more engagement on Twitter is to engage with your audience FIRST. ►

Even to us, this sounds like overly basic, “common sense” advice, but since it’s still so rare, most companies just must not have gotten the memo.

It’s always puzzling when entrepreneurs or brands on Twitter don’t take the time to acknowledge, much less appreciate, authentic feedback or kudos. (Clicking the “like” button is not sufficient appreciation for a retweet or recommendation.)

The type of appreciation that will get your company noticed?

Personal replies, retweeting their reply, or best yet, retweeting and favoriting some of their content in return.

This encourages them to continue interacting with you. (You’ll find that this is true even when they don’t acknowledge your “thank you.”)

You’ll get more leads from Twitter once you SHOW THAT YOU CARE. Connect with your audience. ►

Before expecting any interaction from someone you follow, or who follows you, interact with them first. They’re much more likely to pay attention to you then.

And when they interact with you a time or two, add them to a Twitter list to engage with them often. But after one or two tries, if they don’t return your interaction, they probably don’t intend to—so keep it moving. Spend time only on the relationships that pay off.

As mentioned above, you’ll be overlooked and often seemingly* ignored on Twitter, even when you try interacting with your own followers.

This is especially true while your following is still small, and even more true when it’s “small” compared to those with whom you attempt to interact.

Well, let’s look at the data.

What does this mean to you?

*It’s more likely that you’re not being “ignored” by your network.

Instead? They’re simply watching, listening, and learning. (They may also just not realize that social etiquette dictates social interaction.) 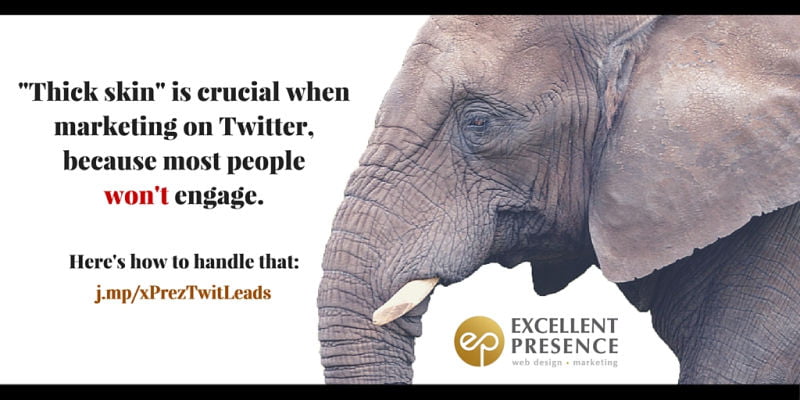 Trust the numbers. Don’t let a lack of interaction kill your confidence. Keep engaging with people who interact with you, and don’t be upset by those who don’t—because most won’t.

While it requires considerable time and energy, marketing on Twitter really isn’t hard… so long as you have a solid strategy and know the basic tricks of the trade. Strategic marketing is the way to make your Twitter efforts pay off for your business.

—–
We get most of our business leads and clients from Twitter and Linkedin, and can show your company how.

From creating your strategy, to growing followers, to finding content… or if you’d like us to design, build, and completely manage your account(s), click here to see how we can help you get leads from Twitter.