The Racial Wealth Gap for Black Americans: How We Create Change 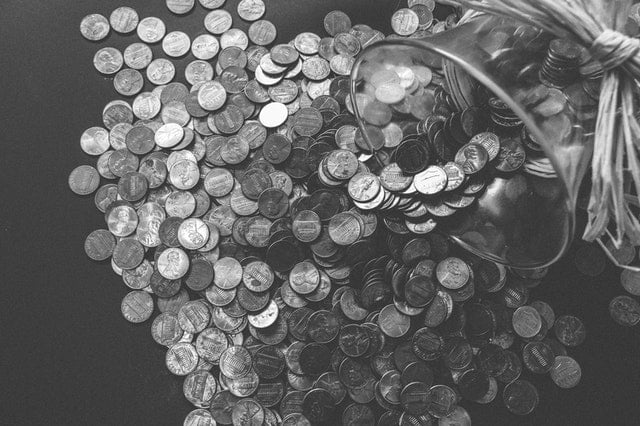 People of every ethnicity and gender have asked me, “Why do you do what you do?” A lot of our content and conversations are centered around Black entrepreneurs and Black-owned businesses.

Why do we help Black businesses in particular
to gain a deeper understanding of their ideal client,
to grow faster, attract business easier, and create positive change?

It’s a complex and loaded question, really, with an easy answer: the racial wealth gap.

Expressly, the great wealth divide between white and Black people in America.

For instance, did you know that the wealthiest 1% of Americans control both 42% of U.S. wealth, and 44% of GLOBAL wealth?

But I still haven’t answered your question.

Of the wealthiest top 1% of Americans:

Take a moment to think about this data.

Let it soak in.

Really, I could end this article now with a mic drop. But I need you to understand what we’re dealing with here, and why we believe that working with companies helping to create equity for Black people can help us close the gap in a bigger way.

But first, let’s understand more about the Black/white racial wealth divide that even necessitates this conversation.

What Is The Racial Wealth Gap,
As It Pertains To African Americans?

From Urban.org’s “Nine Charts about Wealth Inequality in America,” we learn the following:

Why Is the Racial Wealth Gap a Thing?

In the report, “What We Get Wrong About Closing the Racial Wealth Gap,” the Samuel DuBois Cook Center on Social Equity at Duke University makes it pretty plain:

“Literally, it takes wealth to make wealth, while Blacks largely have been excluded from intergenerational access to capital and finance.”

The report goes on to decisively debunk 10 common myths that many people of all races erroneously believe catalyze the gap:

Myth 1: If African Americans are better educated, or would just work harder, they can close the racial wealth gap.

Based on the data, the Center finds that:

“At every level of educational attainment, the median wealth among Black families is substantially lower than white families. White households with a bachelor’s degree or postgraduate education (such as with a Ph.D., MD, and JD) are more than three times as wealthy as Black households with the same degree attainment.”

“Moreover, on average, a Black household with a college-educated head has less wealth than a white family whose head did not even obtain a high school diploma.”

Myth 2: Blacks need to buy more and rent less. The primary driver of the racial wealth gap is the home ownership gap.

“…even Blacks who own their home encounter a large racial disparity in home values. If the goal truly is to eliminate the racial wealth gap, policymakers should be concerned with providing, at the very least, an initial, significant financial endowment to Black young adults to invest in an asset like a new home, as well as an aggressive campaign against housing and lending discrimination, which limits the asset appreciation of the housing stock and financial products available to Blacks.”

“… the existing infrastructure of Black-owned banks lacks the capacity to produce wide and substantial increases in Black wealth. […] The key to assisting Black businesses in their development and growth lies in leveling the terrain of racial wealth differences and increasing Black entrée to start-up and developmental capital in the first place.”

“…there is no evidence that Black Americans have a lower savings rate than white Americans once household income is taken into account.”

“If anything, it appears that Blacks generally live more frugal lives than whites. A study conducted by the Institute on Assets and Social Policy […] found that, at comparable levels of income, whites spend 1.3 times more than Blacks.”

Myth 5: African Americans just need to be better educated about finances to bridge the gap. It’s a lack of education.

“Greater financial literacy can be valuable if an individual or household has finances to manage. Financial literacy without finance is meaningless. There is no magical way to transform ‘no wealth’ into ‘great wealth’ simply by learning more about how to manage one’s monetary resources. While wealth begets wealth, typically no wealth begets no wealth, regardless of how astute a money manager the person may be.”

Myth 6: If Black Americans would just start their own businesses, they can close the racial wealth gap.

“When we compile the data, even those members of marginalized communities who manage to enter into entrepreneurship largely fail. This is due to a number of factors ranging from under-capitalization, limited market access, or outright theft or destruction.”

Myth 7: African Americans just need to follow the path of successful immigrants in order to bridge the gap.

“The argument that intergroup disparities in wealth are borne out of group-based cultural/behavioral deficiencies is misleading and misdirected. Instead, we should focus on the long exposure of low wealth racial/ethnic groups to theft of wealth and blockades on wealth accumulation. To suggest that Blacks, racialized Latinos and Native Americans should emulate other supposedly successful “minority” groups perpetuates the false narrative that their asset poverty is due to a lack of hard work, effort, or ambition.”

Myth 8: Improved “soft skills” and better “personal responsibility” will close the gap. They just need to work on themselves.

“While some individuals can indeed ‘get ahead or beat the odds,’ the larger structural conditions [and] well-documented wage and unemployment gaps demonstrate that even when Black people ‘do the right thing,’ it does not close the racial wealth gap.”

“Unfortunately, from The Cosby Show, to Michael Jackson’s multi-platinum albums, to Will Smith’s meteoric rise, to the present day mega couple Jay-Z and Beyoncé, Black celebrity has masked Black poverty, rather than contributed to closing the racial wealth gap.”

Myth 10: The wealth gap would be cured if more African Americans had two-parent households.

Now, this is not to say that curing the issues above wouldn’t or couldn’t contribute to closing the wealth gap for Black America. But this is a multi-faceted, systemic, institutional issue that must be first accepted on a much wider scale… and then intentionally remedied.

And the solution(s) are as complex and multilayered as the problem(s).

For example, data from McKinsey & Company confirms, dishearteningly, that “…it is more expensive to be a Black family, which eats away at families’ ability to save.

Is that something that can be “cured” by saving more, getting more PhDs, or “banking Black”?

Causes for the Gap are Complex. How Do We Work Together to Fix It?

The Insight Center report, “Don’t Fixate on the Racial Wealth Gap: Focus on Undoing Its Root Causes,” outlines ideal strategies for fixing the divide, by recommending that we tackle core issues such as mass incarceration, housing, and voter suppression, to name a very select few.

We like–as much as we could “like” any discussion of this topic–that the Insight Center expressly asserts that the core issue is actually one of anti-Blackness.

And that the various issues that comprise the racial wealth gap for African Americans are merely the symptoms of that syndrome.

“Ultimately, a new racial-wealth framework—one that centers the root of racial wealth inequality rather than fixating on the gap—will create a broader opportunity to tackle the structure of our economy, while also taking a hard and honest look at what freedom and dignity mean today and what they could mean for all of us, especially Black people.

“We must seize the moment to think big and dismantle anti-Blackness, the foundational architecture of the rules that maintain racial oppression and economic exclusion today.”

In “BEYOND BROKE: Why Closing the Racial Wealth Gap is a Priority for National Economic Security,” a collaboratively compiled report, the preparers suggest several policy recommendations, such as the obvious, like paying workers fairly, and the more innovative, like setting up a trust for every American child, with the least wealthy ones receiving the highest amounts. Those child trusts would grow at an annual interest rate of 1.5 to 2%, could be accessed when he/she becomes an adult, and could be used for “asset-enhancing events” like “purchasing a home or starting a new business.”

But for solutions that feel more immediate and tangible, which you and I can do on a day-to-day basis, we can seek to support Black-owned businesses at every turn. From restaurants, to skin and hair care products, to financial services professionals, to attorneys, to consultants and counselors, to home improvement… really, in any area we can think of, there are Black-owned businesses that service them.

Do a search whenever it’s time to buy something new.

For more day-to-day help, you can also consider regularly volunteering with, or donating to, organizations like these:

Now, back to your question, whether you posed it expressly or through implication.

Previously, we helped grow woman-owned and Black-owned service businesses. That was enjoyable work, but I didn’t feel that we were making a big enough difference.

Because at that point, while the majority of our clientele happened to be African American-owned businesses and entrepreneurs, we were still only helping them business by business.

So we were making an impact in that way, but far too slowly.

And we sought to serve clients that would allow us to collaborate to create change in a (much) bigger way.

Also, we realized that Native Americans are even worse off than Black people for income, poverty rates, education attainment, and unemployment rates.

So we had to make another switch:

For Excellent Presence, “BIPOC” means Black people and Native American people, both of whom fall lower than the median for all four areas above. We know that we’re only scratching the most superficial of surfaces with this article on the racial wealth gap as it pertains to Black Americans. But our intention is that by helping companies scale and grow that support equity for BIPOC-owned and ally-owned businesses, we’re making as big an impact on the racial wealth gap as we can with our own work.

We hope that you’ll support us on this journey by sharing this post, and by enlisting web marketing strategy help for your organization, to better attract, understand, identify, and make a bigger impact for Black and Indigenous peoples through your work.