Is YOUR Social Media Campaign Offensive? Learning from CNN's Mistakes

CNN reminds us that even one of the top three news networks in the world can botch its social media strategy.

No organization, large or small, is immune to a failed social media campaign.

But why did it bomb? And how can you avoid the same mistakes? 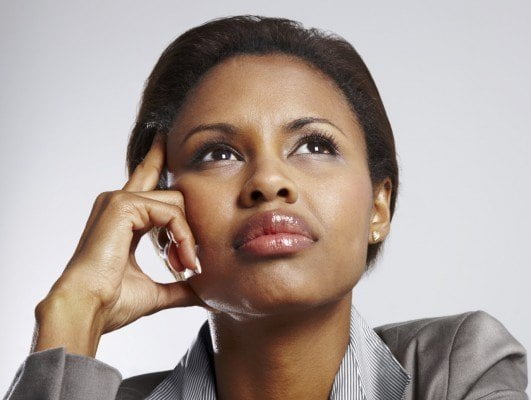 Much of the Twitterverse erupted over CNN’s “Cops Under Fire” campaign, a panel discussion with corresponding hashtag conceived to support police officers that have used deadly force.

If CNN had authentically taken the temperature of the social climate at that time, would they have chosen this campaign?

Or would they have deemed a campaign of this nature too risky—perhaps, completely foolhardy—amidst the many heart-wrenching police violence protests plaguing the news?

One such case, for instance, is of father of three, Eric Garner, strangled by an against-protocol choke-hold administered by members of the NY Police Department. This case, like many others in the news, is one that highlighted the unjust, disproportionate targeting of African Americans and Latinos in particular.

First, let’s look at the facts. In an article on MotherJones.com, reporter Jaeah Lee reveals:

The Centers for Disease Control and Prevention’s National Vital Statistics System offers another view into officers’ use of deadly force. […]

The CDC’s cause-of-death data, based on death certificates collected at the state level, also reveals a profound racial disparity among the victims of police shootings.

Between 1968 and 2011, black people were between two to eight times more likely to die at the hands of law enforcement than whites.

Annually, over those40 years, a black person was on average 4.2 times as likely to get shot and killed by a cop than a white person. The disparity dropped to 2-to-1 between 2003 and 2009, lower than the 4-to-1 disparity shown in the [Bureau of Justice Statistics’] data over those same years.

So, why are these issues relevant? Because CNN chose to initiate this social campaign right in the center of heated controversy about police violence—on a social network that is used by a larger proportion of African Americans and Latinos.

As many of us question how our justice system can so completely fail so many people so often, CNN’s #AskACop campaign served only as a stark and painful reminder of how America as a whole seems so intentionally oblivious to the causes and struggles of its people. All of them.

Did CNN fail to consider the impact to ALL of their user personas?

Did they fail to incorporate African American and Latino user personas into their digital marketing strategy?

We just can’t be sure.

Instead, let’s dig into what went wrong with this campaign, to make sure your business doesn’t commit the same offenses.

Behind the Statistics:
Why CNN’s #AskACop Social Media Campaign Was a Miserable Failure

From the outside, it seems that CNN had no understanding of the very medium they chose to deliver their message. It also seems clear that they lack the same understand of, and value for, a significant portion of their audience.

So then, the resounding sentiment in response to #AskACop was that they cannot be made to forget those feelings merely by one company’s failure to acknowledge them.

Does Your Social Strategy Ostracize a Significant Portion of Your Audience?

Just like with CNN, handling social media campaigns in a haphazard, unplanned way can be destructive to your reputation.

Many businesses would quickly buckle under the intensity and immediacy of the excruciatingly public backlash CNN received from its “#AskACop” debacle, particularly companies owned by women and people of color, whose businesses have a disproportionate struggle to success already.

Remember the “media shower” of negative publicity McDonald’s received as a result of ill-conceived hashtag, #McDStories?

As yet another Fortune 500 corporation has so helpfully exemplified, being oblivious to your market’s authentic, up-to-date opinion of your chosen topic or brand, and being unable or unwilling to take the social temperature of your audience before every campaign, can damage your online rep on a level so deep that it may take years to fully recover.

Thanks to CNN’s unfortunate failure to consider how well-represented people of color are in the technology world, on social media, and on Twitter in particular, we all can glean a critical marketing lesson, one that applies irrespective of our gender, our age, or our ethnicity:

Stay tuned in the coming weeks for help figuring out how to choose the best social network on which to market your unique small business. In the meantime, remember CNN’s #AskACop campaign fail, and purposefully plan your own organization’s important campaigns.

Let us empower YOU to
attract more of the exact, high-value clients you want.